Hurricane Dorian is currently bearing down on the Bahamas and the east coast of Florida and, likely, the east coast of the US after that.   It veered east of Puerto Rico, and, thankfully, the USVI and BVI were not devastated, per current reports.   I am hoping for the best, and if possible a swing more northward before turning northeasterly.

I follow marinetraffic.com, which shows the AIS-reported locations of boat and ship traffic across the world.  This is the current view of traffic in the western Atlantic Ocean and Caribbean.  Can you tell where Hurricane Dorian is currently?  Stay safe, everyone.

A week ago, I flew to the Bahamas to crew on Trident with Lori and Mike to bring her back to the United States.  Our destination was Charleston, and it would take about a week to make our way from Marsh Harbour, allowing a bit of time to wait on a weather window.

We pulled away from the slip less than an hour after I arrived, right on schedule.  But as soon as we did, there was a problem.  We couldn’t make more than two knots in forward, regardless of RPM.  I guess the problem had been intermittent, but deteriorating, and it was not a good situation to make a gulf stream crossing.

So, we dropped anchor in Marsh Harbour and started to do problem determination, and then line up a mechanic.   Things work on island time in the islands – go figure.  And so responses by phone and email/texting could take a day or two.  After consults with several mechanics, a couple of whom visited the boat at anchor, and a few calls to boatyards and part suppliers, a week had flown by.  But, finally, on Monday everything came together to make a plan.  A Yanmar-certified boatyard would haul the boat out, order and install the needed parts, and do some other minor maintenance.  The crossing will have to wait.

Things didn’t turn out as originally planned, but we made the most of it.  In between Lori & Mike coordinating with mechanics, we made visits via water taxi to Hopetown on Elbow Cay, Man-o-War Cay, and a visit with old friends, Tony & Michelle, on Green Turtle Cay.

The meals are always excellent on Trident, and on our last night, we had surf, turf, and yet more turf, as we tried to eat the best of what food was left in the freezer, which had to be emptied and disposed of in preparation of hauling the boat out.

So, I flew back to Austin last night from Marsh Harbour, instead of Charleston, and am happy to be home.

I enjoyed spying some of the local bird species, logging a bunch of lifers!  I enjoyed a full moon, beautiful sunsets and sunrises, some snorkeling, and a dose of sea air.

During our week at anchor in Marsh Harbour, the boats near us were constantly changing, as they would come for a day or so and then depart.   One day we came up to the cockpit, looked around, and saw that we were anchored between S/V Northern Star and S/V Southern Cross  🙂  so I guess S/V Trident was right where she was supposed to be at that moment in time. 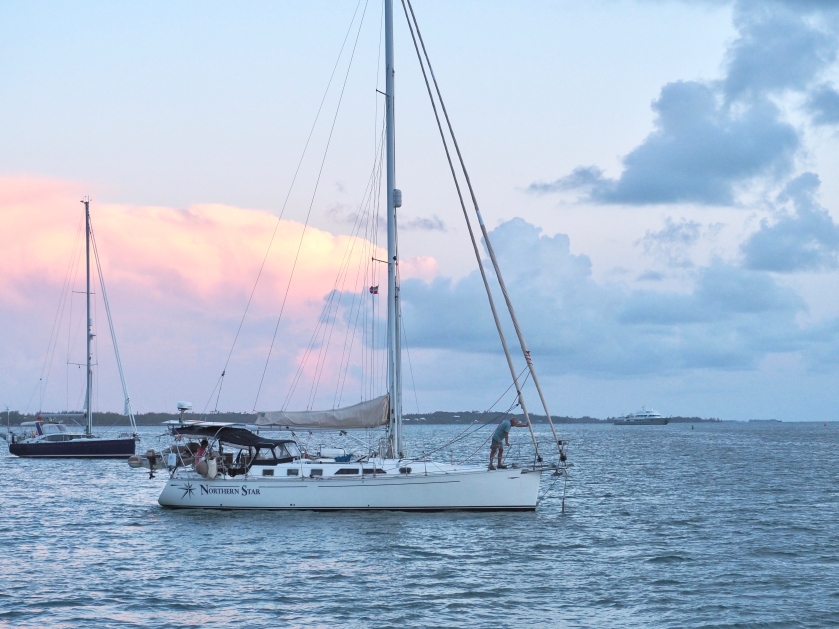 I’m headed home today. This closes the “Help Lori get to the Islands” chapter for Monte and me. One year ago today we were in Bradenton, Florida readying the new-to-her boat to cross the Gulf of Mexico to bring Trident née Ariadne to Kemah for fixes and updates in preparation for cruising by the end of 2018.

It’s been a lot of work – a labor of love; but also a real treat to have been aboard for shakedown cruises and the trip through the Florida Keys and across to the Bahamas. I’m thankful to Lori and Mike for sharing their adventure. Bon voyage Trident!

I’m looking forward to the next adventure/project/travels/chapter – whatever 2019 brings.

Dolphins swam along in the bow wave on our sail from Great Sale Cay to Allans-Pensacola Cay!

The Bahamian sunsets never get old…

I landed this Spanish Mackerel! 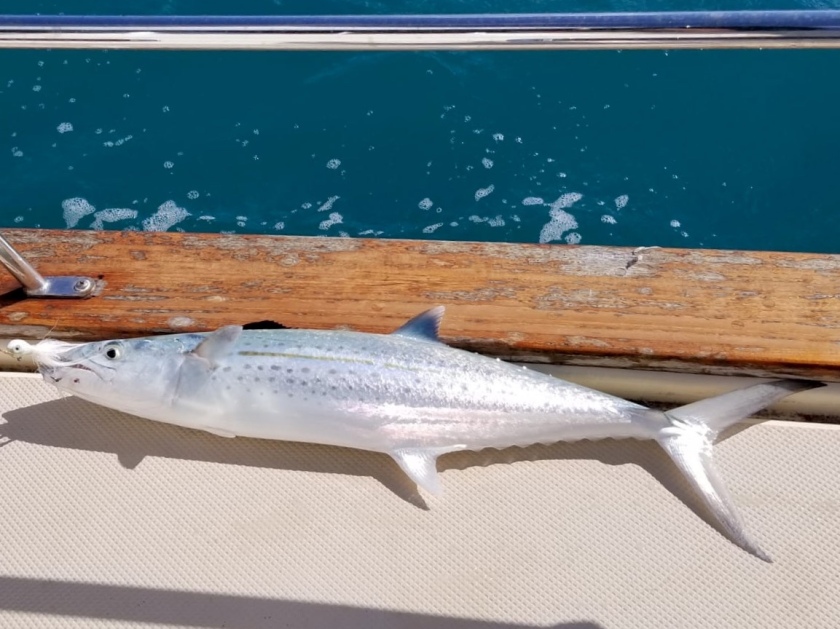 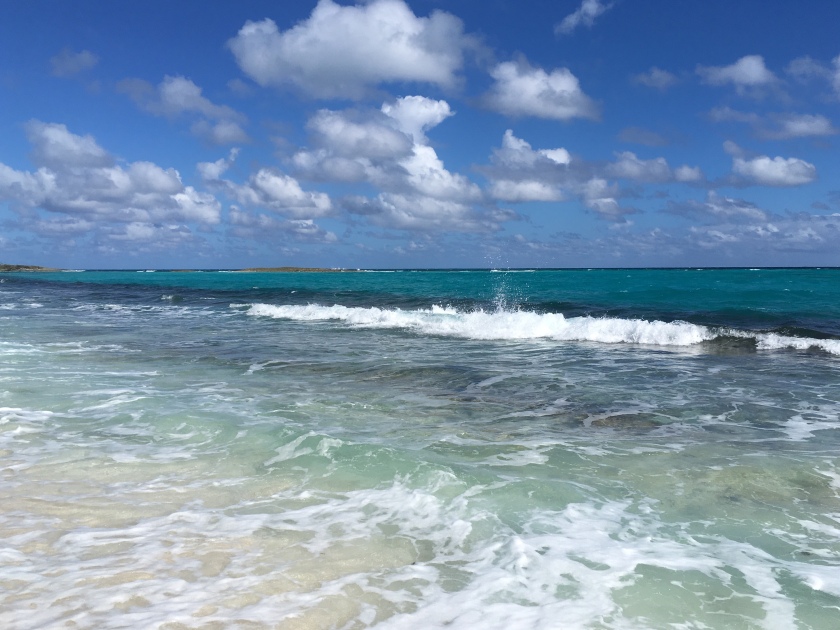 I even found a few bits of sea glass on the beach!

We go to come back…

Maybe because I’ve been dabbling with beads to make earrings and bracelets, I remembered the other day that I brought home a bunch of sea glass from our trip to the Abacos in 2009.  But I couldn’t remember where I stowed it.  I guess you can find sea glass along the shore of many beaches.   But, I had heard ahead of time that there are certain stretches of beach in the Abacos that are covered with it.   It’s kind of sad to think that this is all trash – bottles broken up by the tides over many years.   But for some reason the currents deposit a treasure trove of it along the islands.

Well, I found my stash!  Can’t wait to go back for more.