When rafting up with friends on Lake Travis, we invented this game to amuse ourselves – everyone takes turns playing a song from their iPod that they think is awesome.  We pass the plug from one person to the next.  You strive for a song that others will agree is awesome.  Some songs take people down their own memory lane, some are just funny, some songs everyone sings along to, some are songs other people never heard before.  It’s a great way to pass the time, under the stars, on a boat, with friends, slightly impaired, at anchor, off the grid, into the wee hours of the morning.   Here’s the typical scene. 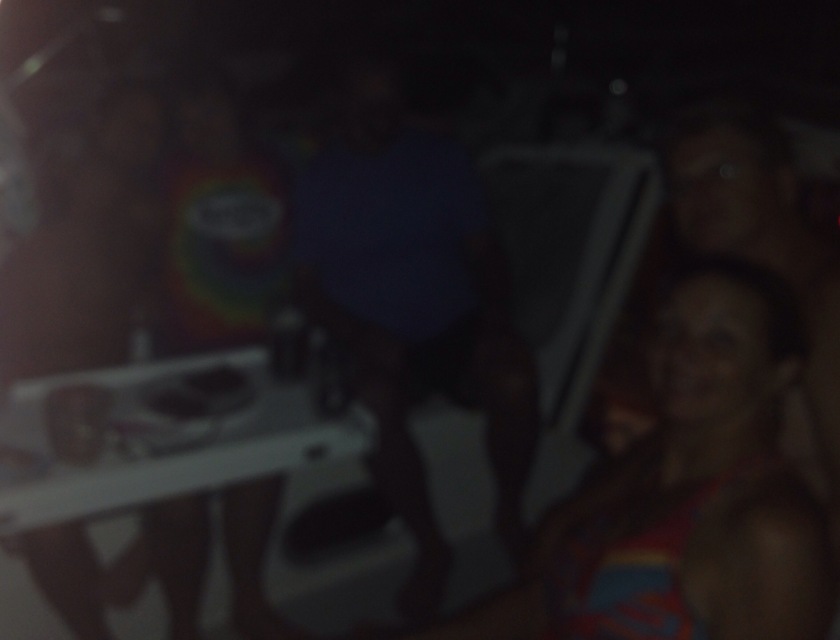