Yesterday I returned home from several weeks in Seattle.   I had my nose glued to the window, as usual.  It is so easy to take for granted that we have the luxury of being able to view our planet from the vantage point of the angels.

A front was moving in from the east, bringing a late dump of snow in the Cascades.  This is a shot of it moving in over Southcenter, looking east.

The cloud deck must have been about 15000 ft.  Mount Rainier was buried in clouds. Can you find it?  This shot is looking east, flying south.  If you look closely in the bottom left of the frame,  you can see another jet flying below us. 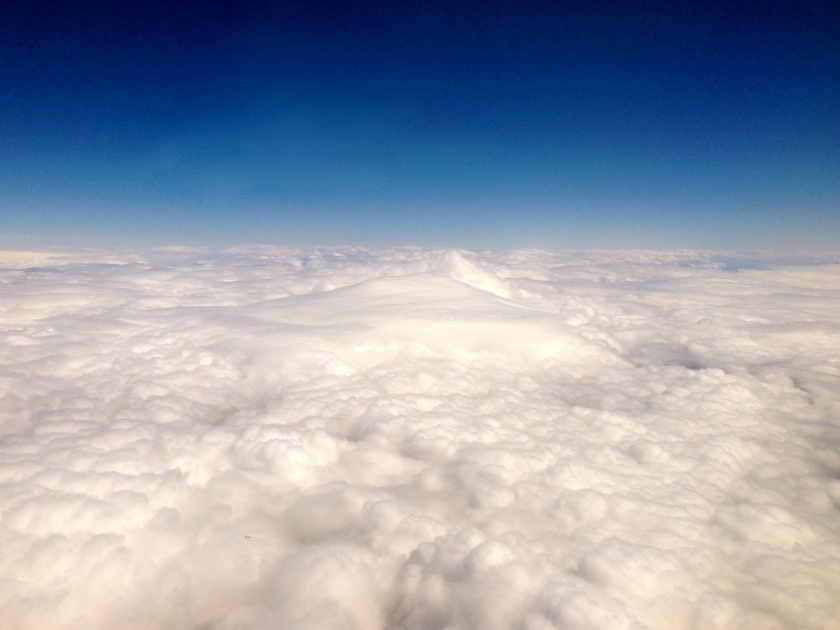 Then we turned east, flying below Mount Rainier.   Little Tahoma peak stuck its head out, right of the summit. 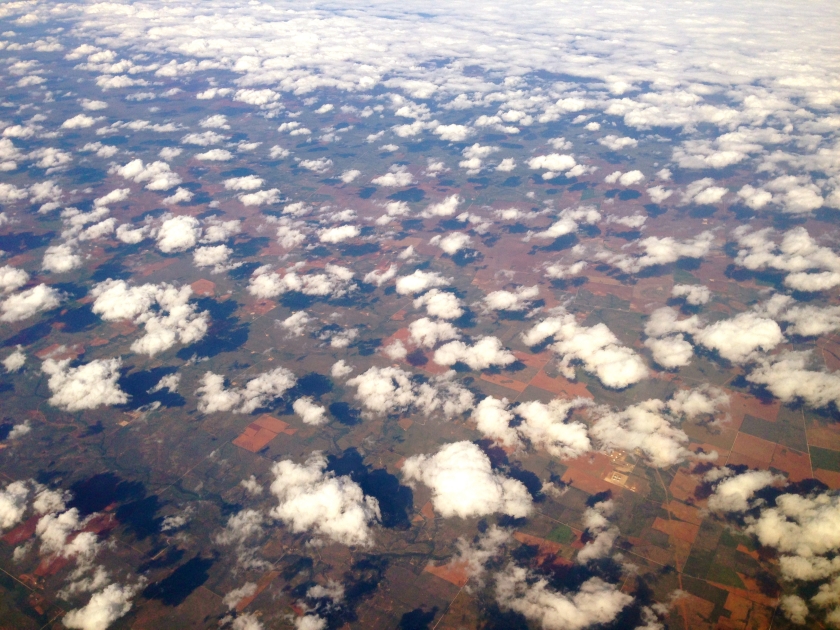 Back on the ground.  Glad to be home.

I’m headed home today, after a nice, long visit in the Pacific Northwest.   I’ll share a few of the sights I took in along the way…

Roadsters on the way to the airport:

On the plane I chose a starboard window seat, expecting the normal fly by with Mount Rainier on my right.   It turns out we flew south of Mount Rainier, so instead I had a view of its neighboring Cascade peaks Mount Adams (in the foreground) and Mount Hood (beyond and to the left).

The Columbia River gorge, with the Miller Island to the left, where the Deschutes River joins the Columbia, and beyond it, the Dalles, and then Mt Hood in the distance.

It rained a bit while I’ve been gone, and I could see the 630.5′ high Lake Travis through the steamy haze. 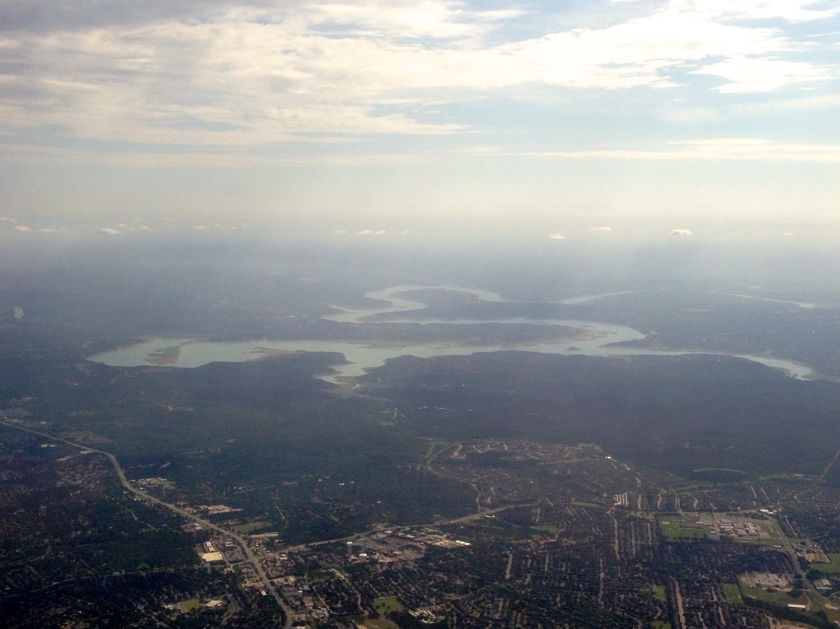 We flew over my neighborhood, and I got a shot of our house!  Funny.

And Big Blue’s Austin offices… quickly being swallowed up by the Domain and other new development.  Looks like noone works weekends anymore.