Monte and I spent the morning at ground zero for Kyle’s Challenge. There were a dozen or more smokers and grills cooking up about 50 turkeys at a time. Sides and desserts were being stockpiled as they arrived. They’ll keep this up through the night till everything is cooked and ready to be plated tomorrow.

Today was a baking day. I signed up to bring two pies to Bill & Yvonne’s house tomorrow. They are in the seventh year of organizing and executing a massive community effort to cook turkeys and all the fixings for Annie’s Way Thanksgiving, providing a couple thousand meals to families in the community.  This year their goal is to cook over 150 turkeys tomorrow, to be packaged up and delivered for Thanksgiving Day. They call it Kyle’s Challenge, which the Austin American Statesman featured a story on here. It’s quite a commitment. 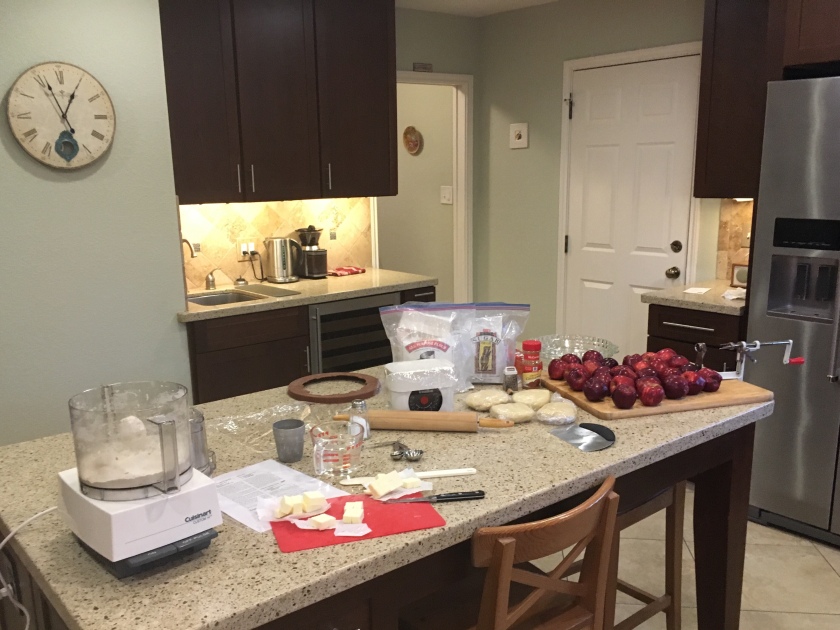 All done. That third pie in the back is for Monte. 🙂

We went to a Round Rock Express minor league baseball game tonight.  We won 4-2 in the bottom of the 9th on a three run, over the fence home run.   Exciting finish.

On the way up there we stopped at the Chisholm Trail park on Brushy Creek.  In the middle of the creek is a large limestone rock, eroded on all sides, which back in the day became known as a marker of the low-water crossing of the creek for indians, travelers and cattle drives of the 1800s.  This is the rock that Round Rock, Texas is named after.

I can’t believe we’ve lived here for 20 years and have never seen THE round rock.   Better late than never. 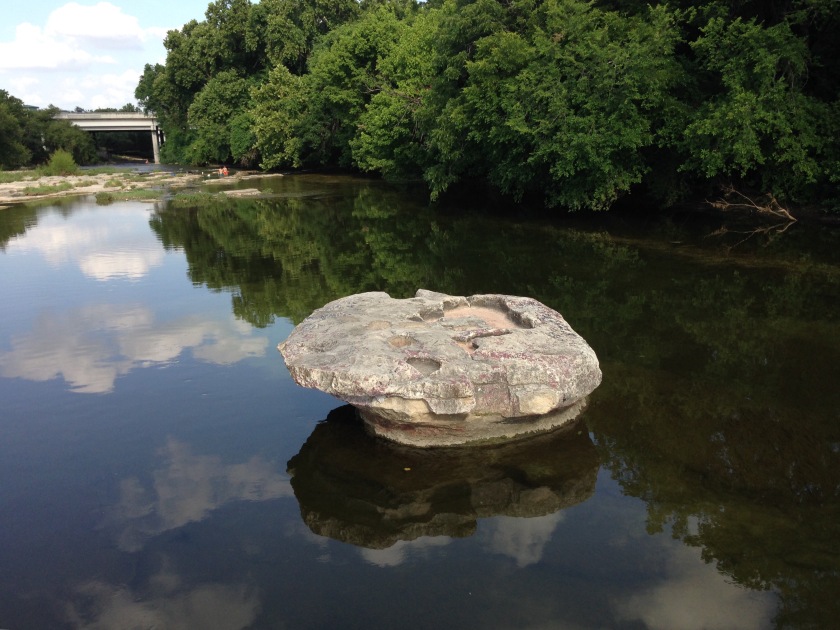