Chicken thighs on the ‘bachi.   Yum. 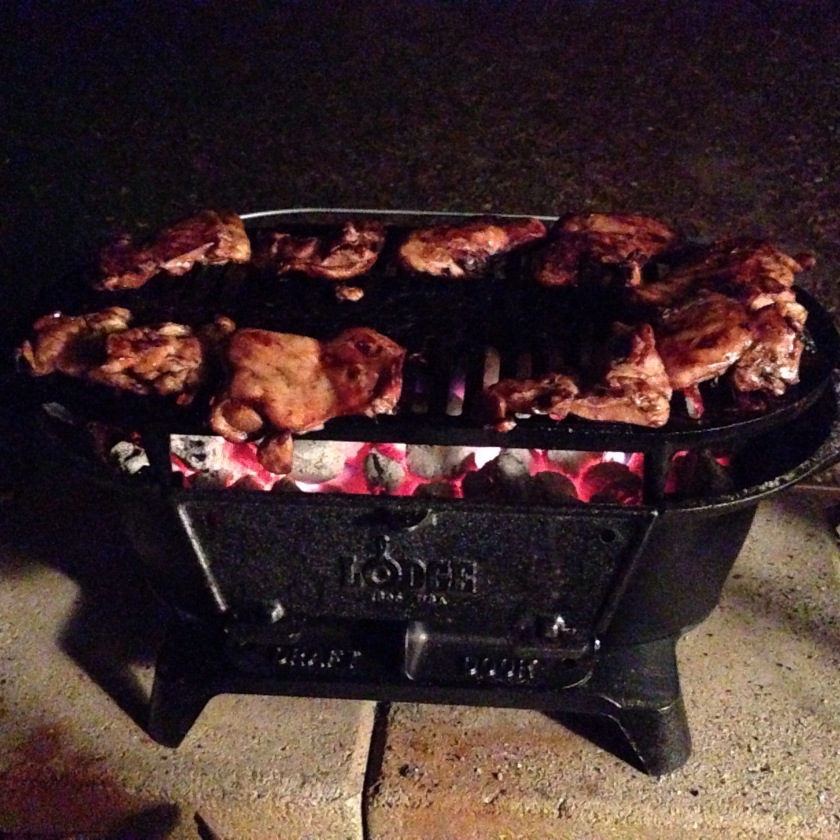 Monte whipped up a batch of his pizza doughs this afternoon.  Instead of our usual thin, thin crust in the oven on the pizza stone, he wanted to give it a try on the grill this time.   We’ve tried grilled pizza before… once we put a pizza stone on top of the grate in a Weber charcoal grill and tried, unsuccessfully, to cook a loaded pizza dough on top.  After that experiment, we ended up with 3 or 4 inedible pizzas that were black on the bottom and raw on top.  And, the pizza stone eventually broke in 2 from the heat.

This time, he had something else in mind.   We have a charcoal hibachi grill out back as well.  This time he put one of our cast iron grill plates on the hibachi, and put the pizza dough on top of that.  After turning it the dough once, he put sauce and cheese on top while the other side was grilling.   It only took a few minutes per side – and it turned out great.