I’m headed back home.  There was a very long line of planes ahead of us waiting to takeoff.  I counted over twenty.

Earlier this morning, as I was driving down the Taconic State Parkway, I saw an exit sign for the Donald J Trump State Park.  It was one exit before the Franklin D Roosevelt State Park.   Now, I get why FDR has one, but does it strike anyone else as odd that Trump has a state park named after him?

Coincidentally, The Donald and I were both at LGA at the same time today.   Go figure. 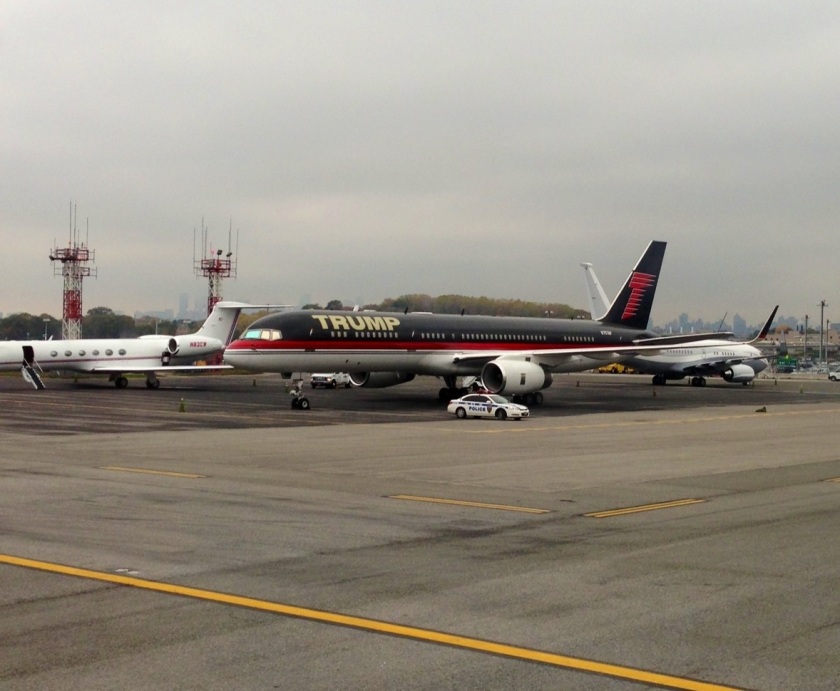 6 thoughts on “Bazillion-th in line for takeoff.”