Last week I was using my treadmill when the motor unexpectedly stopped.   In the days since then, I have learned more than I ever wanted to know about the inner workings of my treadmill (a 12 year old, well-loved Schwinn 845P).

The important bits under the cover include the digital display console, a hydraulic incline motor, a DC motor that drives the belt, a sensor that measures the speed at which the treadmill’s belt is turning, and an electronic board that controls all these things.

The symptom:  The motor and belt just stopped abruptly during a workout.    The console still works.  The incline motor works as well.   Any time I subsequently turn the treadmill back on, the console lights up, prompting for the usual inputs.  Then when I press the start button, I hear a “click” after which the motor used to start-up, but now doesn’t.  And after a few seconds the console just displays the message “Err LS” (looks also like “Err L5”) which apparently stands for Loss of Speed, which is an error message related to a number of different failures.   I had to figure out which component had failed, causing that error.

Disclaimer:  I am in no way suggesting you do this at home yourself.   I’m not an expert. 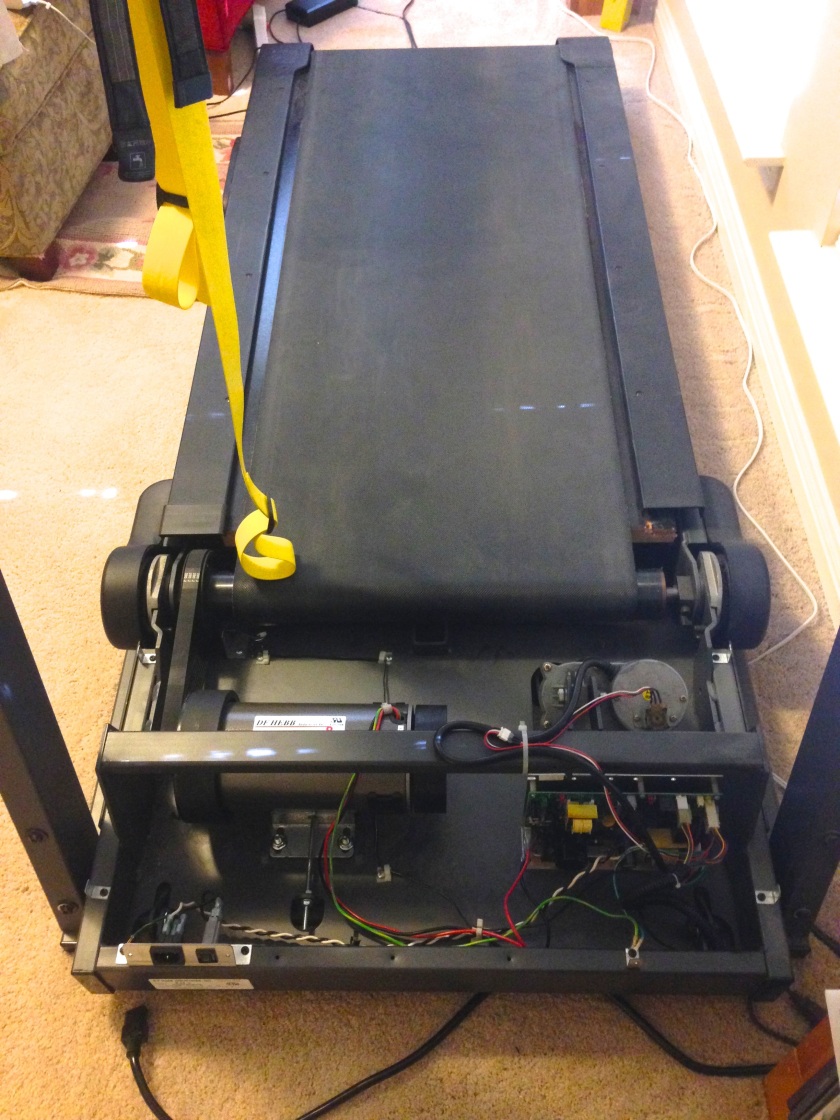 The diagnostic process in my case:

The consensus diagnosis:   Through process of elimination, the problem appears to be a failed control board (motor control board, actually).   Apparantly this is a very common failure on treadmills of all makes and models.

The fix:  I found a website called FitnessBoardsDirect, that carries such things.  The replacement for my motor control board (P/N QQ 2197) is a new-from-the-manufacturer item, not a refurbished one.   I called them as well.   A guy named Nick answered the phone and was very nice and helpful;  he confirmed the diagnosis and gave me a little more confidence that the item I would order might actually fix my problem.  So, I decided to shell out $225 plus shipping for a replacement motor control board.   Not cheap, but much less expensive than a new treadmill – a comparable new model retails for $800-$1000, depending on who you buy it from.

My replacement board arrived tonight and I installed it, and it worked.  I’m back in business!   🙂